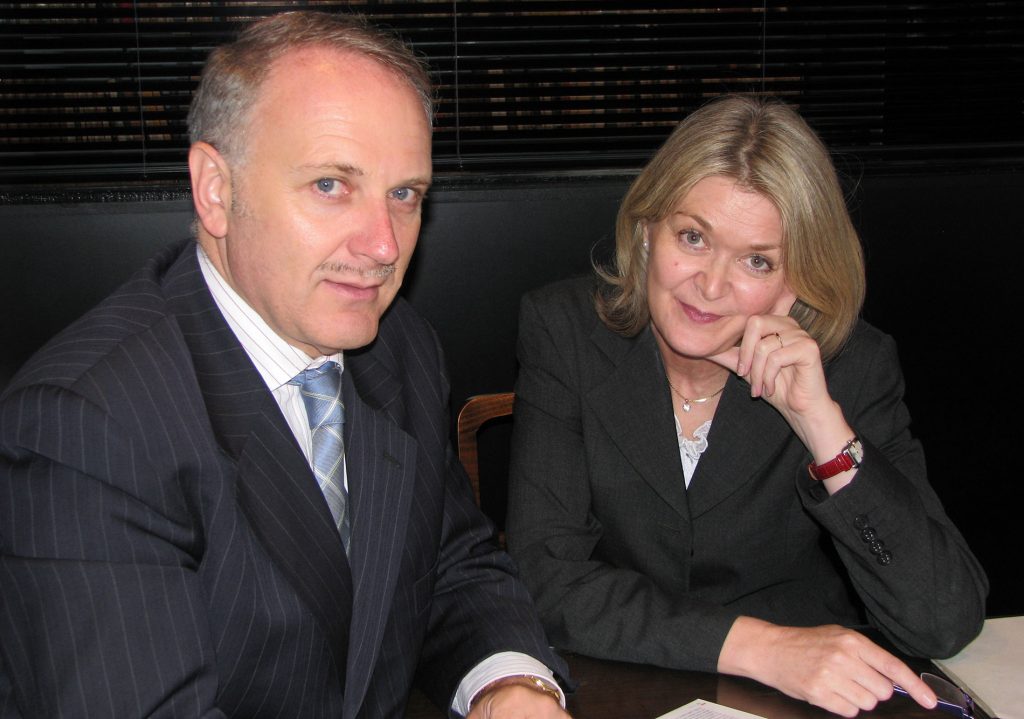 Since 1987 Directors Michael Bula and Maggie Bracher have provided professional services in translation, interpreting, language and cultural training across the legal and corporate spheres. As qualified linguists they are dedicated to maintaining a high standard of service with their combined years of linguistic experience.

Michael is an international lawyer and notary and director of the legal firm Michael Bula Solicitors, International Lawyers and Notaries (MBS). He is fluent in French and Italian, with competence in Spanish and some Portuguese, a specialist in legal and commercial French ↔ English translation with NAATI Professional Level accreditation and is recognised as a translator by the French diplomatic posts. He is Legal Advisor to the French, Belgian and Estonian Embassies and the Italian Consulate General in Melbourne. Michael is also a casual lecturer at Victoria University in civil law systems for future notaries. He is an international conference speaker on law and French language.

Michael brings a specialised and unique service to CLC being qualified to produce French translations, and perform notarisations to ensure documents are certified and authenticated for use overseas. In addition to notarial services, Michael can also obtain the Hague Convention Apostille or Legalisiation from DFAT if required for CLC translations.

Michael’s passion for all things French is well known in the community, having founded the Melbourne French Theatre (MFT) in 1977 while studying at Melbourne University.

Maggie is a qualified language teacher and cross-cultural trainer with many years of experience teaching, translating and interpreting both in the public and private sectors. She is fluent in French with a sound knowledge of German and has worked on assignments overseas and in Australia. Her Masters thesis was on business language communication with specialisations in systemic linguistics and cross-cultural communication.

With a breadth of experience in administration and coordination, Maggie oversees the necessary structuring, liaison and organisational requirements of all CLC language assignments. Maggie works closely with clients to ensure assignments are tailored to suit their requirements and has developed strong working relationships with CLC’s translators, interpreters and trainers over many years of collaboration on diverse projects.